The news around the East Coast of the USA is that there is a race among the ports to upgrade, expand and prepare for the completion of the Panama Canal expansion. The $5.25 Billion Dollar project is slated to be completed by April 2015.

The ports on the East Coast of the USA are currently upgrading their facilities in order to prepare Post Panamax Ports. The ports are lining up asking for State and Federal Dollars to help meet the April 2015 opening of the expanded Panama Canal. The ports on the East Coast preparing for the expansion are Savannah GA, Miami FL, New York NY, Norfolk VA, Baltimore MD, Jacksonville FL and Houston TX. All of the ports want to attract the larger Post Panamax ships but some are more prepared than others. Norfolk and Baltimore are already prepared to handle the larger ships.

Savannah Georgia is the home of the second largest container port on the East Coast of the US. Post Panamax vessels already arrive at the Georgia Ports Authority, but they have to wait for high tide to make the trip. The Georgia Ports Authority wants to dredge its 40 mile channel from 42 feet to 47 feet in order to accommodate the draft of the larger vessels.

The dredging is an expensive proposition which will cost up to $652 Million Dollars. Miami Florida is in a good position with its two ports, Port Miami and Port Everglades. Port Miami in particular is the first port after ships leave the Panama Canal. This gives Port Miami a distinct advantage. As well as Federal money the State of Florida has stepped up and invested money into the ports totaling $77 Million Dollars. Miami is also building a four lane tunnel costing $915 Million giving trucks direct access to the states interstate thruway system. The rail system currently in place is receiving a $50 Million Dollar facelift. This system will give Miami access to 70-78% of the US population by rail. The most important aspect of the Miami upgrades is the dredging of Port Miami and that is expected to start in 2013. The total investment is near $2 Billion Dollars.

New York and Bayonne are looking to improve their ports also. The Port Authority of New York and New Jersey will be completing the dredging of the harbor to 50 feet by 2014. The big problem that they have is that the Bayonne Bridge is too low and must be raised in order to fit the Post Panamax vessels.

The West Coast ports of Los Angeles and Long Beach are the two busiest container ports in the USA. They do not seem worried that the Panama Canal expansion will disturb their business. The Panama Canal Authority has said that the use of Post Panamax vessels could lower the cost of shipping goods to the East Coast of the USA by 25-30%. The West Coast ports believe that most of the shift of cargo to the East Coast has already occurred.

Whatever happens, the Panama Canal Authority does not seem worried about how it plays out in the USA. The only worry is that the ports are ready for operation when the expansion opens for business in 2015. 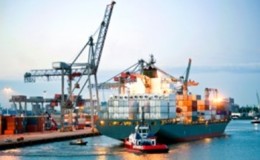 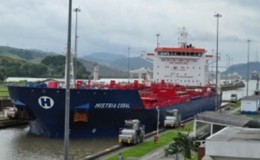